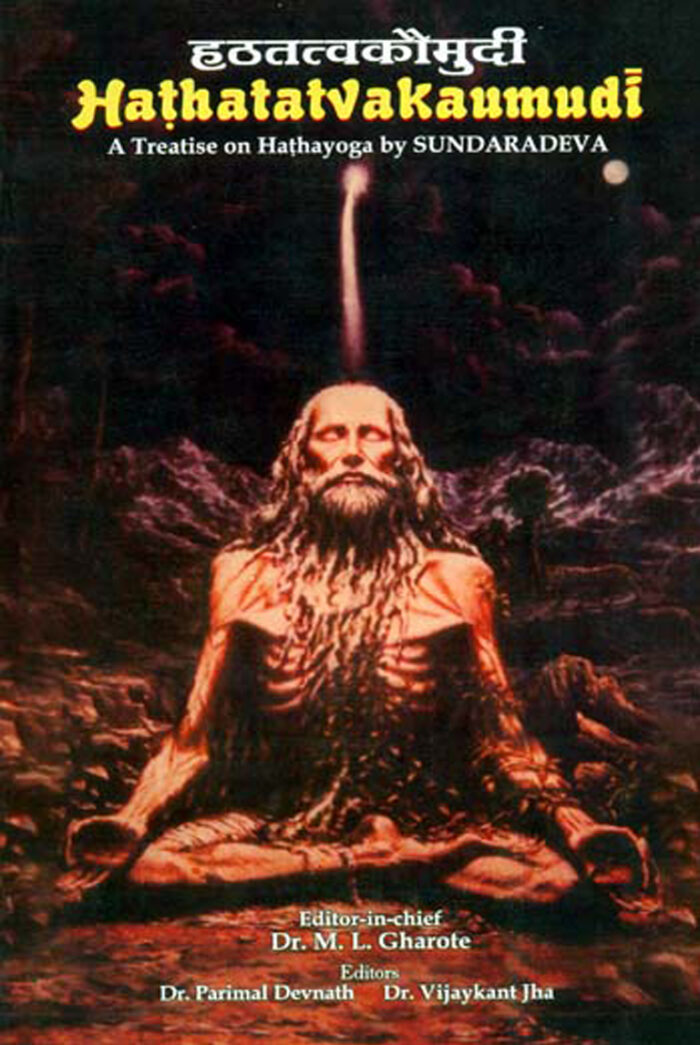 Details: The text of ‘Hathatatvakaumudi is a vast compendium on Hatha system of Yoga practice and philosophy critically edited and published for the first time. The text is authored by Sundaradeva. This work of Sundaradeva poses as extensive and impressive as that of an encyclopaedia.

Almost all the topics of Hatha Yoga like Asana, Pranayama upto Nadanusandhana in addition to concept of Chayapurusa etc. are described in the minutest of details. There are several unique practices such as Carana, Utkranti Pranayama, several varieties of Nadisuddhi and the like which are in aid to standard Hatha practices some of these are described for the first time in this text. However, one of the many noteworthy contributions of the author of this book lies in his successful effort in presenting a synthetic view of both principle and practice of two seemingly diverse systems of Yoga – Hatha and Patanjala and also various traditions of Yoga such as Bhakti, Laya, Nada, Sparsa etc. We have not as yet come across such an effort made in any other published Yogic literature.

There are no reviews yet.